I am not sure if Efren is the greatest of all time, but he is for certain the greatest of my time. I have asked the older top players their thoughts and most of those guys had played or observed Willie Mosconi, Irving Crane, and Luther “Wimpy” Lassiter, in their prime and feel that Efren is the best ever. 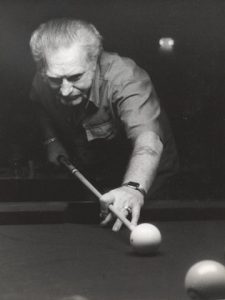 However, there are a few of the crusty old timers who cannot yield that perhaps they were not completely involved with the greatest generation of pool players and maintain that Efren was not the best. One such character was “Cornbread Red” Bill Burge, who was a famous pool player gambler. He was obviously a highly skilled player and over the years has generated much acclaim. 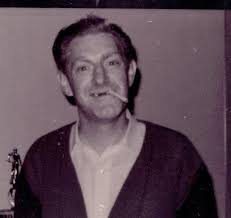 Cornbread was in his 50’s when Efren and I were 30 years old. He wore his hair greased straight back and it would curl upwards near his neckline and sometimes sporting mutton chop sideburns from the Charles Dickens era, this was a style that should never have been popular. He chewed tobacco too, and his cheek would nearly always have a big bulge to complete the “throwback” look. Red was a hardcore gambler in a time when action was plentiful and often for much bigger amounts and with lesser skilled players than today. 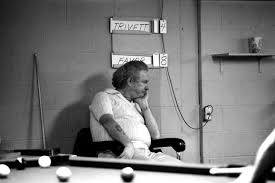 His wife (I think was called Dot) made an interesting appearance also, and was a very sweet woman. She wore ornate rings on every finger of both hands and her hair was called a bee hive. It was piled up on top of her head and extended north 10 inches. She sat next to the table at all of Red’s matches and if you had the misfortune to be sitting behind Dot, many shots would be partially obscured due to the bee hive.

Red’s pool game was clearly good, but nowhere near the other declining star players such as an older Lassiter, Crane, or Mosconi, ability, as I watched all of them myself on the downside of their careers.

We were in Toledo, Ohio and Cornbread had just played a professional tournament match against Efren. Efren had destroyed Cornbread 11-2. I happened to be standing near the table amongst the longtime Cornbread support group of older guys from Detroit where Cornbread hailed. After the match he walked over and one of the guys asked Red if Efren was the best ever.

Red was already displeased over the match outcome and glared at the audacious guy who just asked such a question, not immediately responding, as he spotted a wastebasket next to him. Red leaned nearer the wastebasket and dispensed a long black string of tobacco saliva and followed by mispronouncing Efren’s name, “Elfrem shit… Wimpy would’a give him the 6 ball”, indicating that Lassiter could give him a handicap.

I still chuckle over this indelibly etched memory of frustration and ignorance spat out as if factual, because to acknowledge the truth was to place himself yet another rung lower on the great player lists.

Human behaviors can provide the best humor if you look for it. I have been truly blessed with so many great times in our sport and perhaps got to play in a much better time for professional pool too. 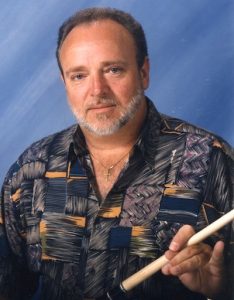 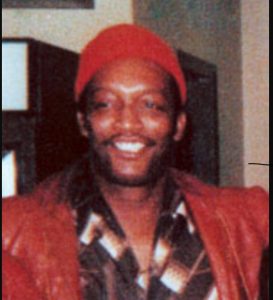 Jersey Red (Jack Breitkopf commonly Jack Breit) was a tremendous guy who kept an enthusiasm that is uncommon…he made pool fun. You know that his prime began during the midst