Held annually and sponsored by the Billiard Congress of America, the BCA US Open Straight Pool Championship had an elite 32 player field and was to be held in the ballroom of the Chicago Sheraton Hotel on Michigan Avenue.

Everyone else who wanted to play had to travel all over the country trying to win a spot by winning a qualifier. These fields were brutally tough because guys like Butera and other young guns and straight shooters of the day like Dallas West, Jim Rempe, Bob Vanover, Mike Sigel, Nick Varner, Danny Diliberto, Allen Hopkins and Willie Munson would be there along with others of their ability. Every one of them had to win a qualifier to secure a spot in the most prestigious tournament ever.

There would be many 100-plus ball runs in the qualifying tournaments by many who did not qualify. One guy named Gary Fiedler drew Nick Varner. Gary lost the lag and then scratched on the break. Nick ran 125 and out. Gary then lost the lag to Bob Vanover – he again broke and scratched. Bob ran 125 and out. Later, Nick Varner commented that Gary needed to work on his break.

The tournament came down to the final eight players spread across four tables side by side. Jim Rempe vs. Allen Hopkins, Dallas West vs. Don McCoy, Willie Munson vs. Nick Varner and Bob Vanover vs. Lou Butera. Every table had a referee and each began their games simultaneously.

The amazing talent on display was truly a spectacle. The first three tables were still in the opening rack and when I looked down at the end table. Only a couple of minutes into the match, Butera was on an unfinished run of 42 balls and waiting for the referee to rack. Now you know why he’s called “Machine Gun!” 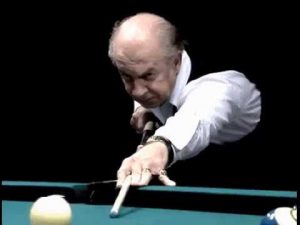 Several years later, a Hall of Fame player and a man I idolized were in Osaka, Japan. Like most pool superstars, Lou Butera was not very tall. He shared with me a story about making money by selling cues in Japan. He told me that the Japanese would pay three to four times what Americans do for high end collectible cues. He also said that he always brought one or two Balabushkas, Szambotis, or Southwests when he came over.

If carrying more than $10,000 cash when you went through customs, it must be declared. After explaining to the customs agent why you had so much, you’d likely be taxed. Lou said that on his way home from trips to Japan, he would equally divide the hundred dollar bills and put them under his feet in his shoes. He’d sometimes grow an inch and a half from the time he arrived until he departed.

PUSH OUT THE PUSH OUT RULE

The push out after the break rule in 9-ball is a dinosaur of a rule that needs to be eliminated as the intention is no longer justified. Originally it was 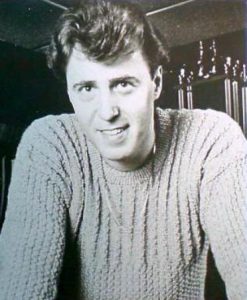 JIMMY “Pretty Boy Floyd” MATAYA Richie Florence was a great nine ball champion and gambler in the ’60s. Later on in his life, he produced several major tournaments. Players of 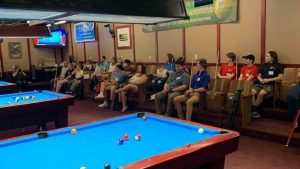 I can’t thank you enough for what you did for the sport today. I too appreciate your generosity, kindness, and am very proud of the Hall of Fame induction. We